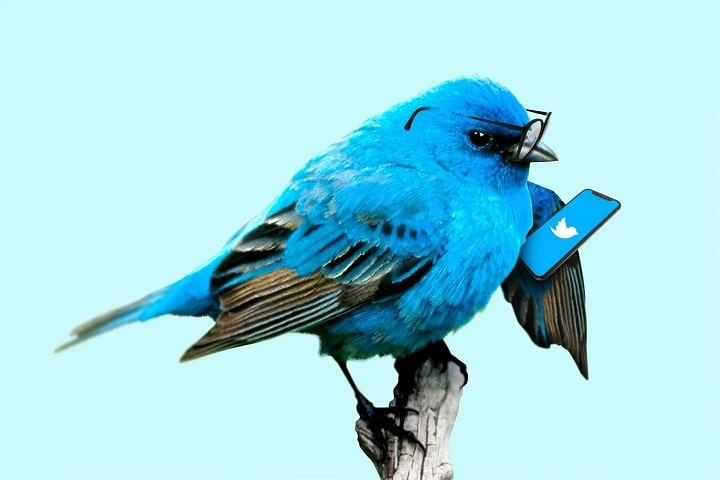 Believe it or not, there’s a lot to be learned from some of the funniest brands on Twitter.

Whether you liked or disliked your high school’s class clown, there’s one thing you can’t deny – they made you laugh.

The same applies to social media. While it’s created both positives and negatives in society, it has most certainly made many of us laugh in the few decades it’s been around.

Here’s a look at 11 of the funniest companies on Twitter, and the comedic tweets that got them there.

During the August 2017 eclipse, many brands adjusted their ad campaigns to fit the unique event.

Hostess Snacks was no different, tweeting an augmented photo of their Golden CupCake product covering the sun to form an eclipse.

As one of their biggest competitors, MoonPie took the opportunity to make their own personal statement regarding the eclipse, and with just two words garnered a tidal wave of laughter and popularity with this tweet;

Keeping aware of upcoming applicable holidays or events can assist your marketing team in creating the most relevant advertisements possible.

However, MoonPie’s 482K likes depict firsthand that you do not need a large-scale campaign to make a statement. Just a little well-timed humor.

If you know Wendy’s, you’ll know they proudly serve fresh beef on their hamburgers. Something many of their fast-food competitors are not as well known for.

In May of 2018, McDonald’s announced that after years of serving frozen hamburger meat, they would be making the switch to fresh beef.

The timing of this announcement came just after the release of Avengers: Infinity War, which triggered the creation of the “disintegration” or “I don’t feel so good” meme.

Users would recreate a scene from the movie by applying a particle dispersion effect on part of a person or character, with the featured text “I don’t feel so good”.

This wildly popular meme acted as inspiration for Wendy’s social media team, as they applied the image to the termination of the Big Mac’s frozen beef:

Wendy’s social media also stays relevant and well-liked by responding to a majority of their Twitter replies, usually highlighting their dry sense of humor.

When one user insulted the humor behind the Big Mac tweet, Wendy’s came in swinging with this hilarious, sarcastic reply.

Although you’ve probably never heard of The Museum of English Rural Life before, the MERL’s Twitter account has over 150K followers.

Why? Simply because they’re funny.

This small rural museum grew most of their social media following after a few tweets went viral. They post hilarious commentary on both English history and native animals.

For example, their most recent bit included a Twitter thread of pigs that got increasingly longer as you scroll down:

pigs but as you scroll they get longer — a thread pic.twitter.com/kurmnJ4FEq

They do not shy away from creating their own memes based around vintage photos from the museum, too. Especially when farm animals are involved.

Although the rural museum isn’t of interest to many of their followers, the MERL proves that fans flock to humor no matter the brand.

I guess it proves that if you’re funny enough, even historical English farm life can become trendy.

The autumn season is usually marked by the falling of leaves or changes in weather. However, many teenage girls recognize the season’s start when Starbucks begins serving their Pumpkin Spice Latte.

The popularity of this seasonal beverage sparked many other companies to personalize their own Pumpkin Spice products, including Cheerios, Kind Bars, Jell-o, and Hostess Snacks.

Also, in the spirit of responding to their followers with good humor, Charmin puts their wit on full display with this tweet:

My dad keeps buying single ply toilet paper ? Can y’all hook me up?

Charmin also poked fun at Hostess Snacks to increase the publicity of both brands. Even though a toilet paper/dessert collaboration is definitely not in their future, facilitating playful, positive relationships with other top brands can increase a company’s reputation and relatability.

The worldwide Mexican fast-food chain has a long history of interacting with users via social media. They’ve amassed more than 1.9 million Twitter followers and made more than 793.7K tweets to-date.

Back in 2012, a small Mean Girls fan page shared a quote from the movie mentioning the restaurant. Taco Bell surprisingly responded, finishing the beloved quote and gaining hundreds of retweets with this gem:

Not only do the Taco Bell social media team joke with users, but also with popular brands as demonstrated with this Tweet firing back at Old Spice.

Although Innocent Drinks may not be widely known, this healthy juice company often posts comedic one-liners sure to make you laugh.

Many of the company’s tweets do not involve juice at all. Instead, they use their social media to focus on relatable topics with the hopes users will like and share their comments.

For example, since stay-at-home orders began, they have tweeted a daily reminder of what day it is for their many followers stuck at home in the same routine.

DAILY REMINDER OF WHAT DAY IT IS TODAY

It’s a Sunday. Unless you’re lucky and have tomorrow off, in which case it’s Saturday: Reloaded.

They’re also not afraid to tackle more niche, random things in life. They once simply posted the word “beavers” to Facebook.

This weird, spontaneous post may have confused some users, but ended up becoming a running joke among the company’s social media followers and acted as a surprisingly successful marketing strategy.

Popular men’s toiletry brand Old Spice has a lot of fun with their social media posts. Often sharing absurd yet hysterical thoughts with their audience.

Every day is abs day when you’re a snake.

You can’t social distance from your nose

Their social media analytics aren’t off the charts every week, but their consistent humor has accumulated over 193K followers and has a positive impact on their reputation.

To facilitate successful social media profiles, it’s not about every post going viral. Instead, it’s about creating a relatable, unique personality that represents your brand.

A lunar-rover with an attitude, NASA’s Mars rover has its own social media accounts where it posts witty, first-person updates on its space adventures.

Followed by 4 million users – Lady Gaga among them – this little robot has quite a sense of humor.

Just check out these hilarious tweets:

This clay unit is so delicious, I went back for seconds. Planning science analysis for dessert. https://t.co/A5Bq7JauDU pic.twitter.com/wKVoAbAFei

Get you a rover who can do it all?#dollypartonchallenge pic.twitter.com/hMtxVqyqsO

DiGiorno is one of the top pizza delivery companies in America, but by far the weirdest on social media sometimes.

Their followers often see hilarious pizza-related memes in their feeds. Among their followers are popular social media influencers Zane Hijazi and Heath Hussar, who often retweet their content.

You can see examples of their quirky humor in tweets here:

Being an adult means waiting for the pizza to cool down so you don’t burn the roof of your mouth.

The pizza company also connects with its fans and customers through interactive tweets, inviting users to share and comment.

Inviting others to share their thoughts not only increases analytics but also creates a supportive community.

Even if it’s just an emoji or simple statement, DiGiorno will often respond and interact with comments. This increases brand reputation and, most importantly, makes their followers laugh.

You can see examples in tweets here, and here.

You’ve probably never heard of Moosejaw Mountaineering, but this outdoor retailer consistently posts hilarious jokes and stories on all their social media platforms.

Even their Twitter bio reads “Customer service issues please reach out to our live chat team on our website, they don’t trust me with that power”.

Most of their posts have absolutely nothing to do with mountaineering. Instead, they read more like random texts from your best friend.

“I don’t miss sports at all” I say as I watch two condensation droplets slowly creep down my bathroom mirror, rooting with all my heart for left droplet and somehow despising right droplet with every fiber of my being.

The majority of their tweets don’t get over 10 retweets. But virality aside, any potential customer is immediately drawn into their hilarious, outrageous attitude. Even if you’re not interested in camping or anything related to the outdoors, I highly recommend following Moosejaw Mountaineering for their comedic genius.

They will almost certainly make you smile with random tweets like this one.

For the past decade, Netflix has redefined the way we consume entertainment. It feels like almost everyone on the planet either has an account, or they’re mooching one from their parents.

This is reflected in their huge Twitter following. At the time of writing this, Netflix has more than 8.2 million followers.

Netflix’s social media is a bit more professional than some of its comedic competitors. Many of their self-made memes they post involve their own shows and movies.

when someone says 4pm is too early for happy hour pic.twitter.com/pR9AVnS5Av

Integrating their own content into meme-able content is a great marketing tactic to garner retweets and shares. It also encourages new viewers to check out a series for the first time.

Netflix also retweets other user’s posts made about one of their shows almost every day. This acts as an inspiration for users to post more about Netflix shows and movies with the hope that the company’s account will retweet or like it.

You can see examples of these tweets here, and here.

Can I Use Humor to Increase My Social Media Reach?

If you want to follow suit with these examples of some of the funniest brands on Twitter we’ve shared, we can make that happen.

There are many ways you can use social media to grow your brand online. If you need help formulating a social media plan to compete with larger brands in your industry, we can help.

Just fill out the form below and a member of our team will be in touch.