How to Change Your Leadership Strategy

That’s how Steve Jobs defined leadership, and it rings true to this day.

Business practices haven’t changed much in the last 20+ years. Yet, most business leaders are mostly concerned with how to please their stockholders and increase profitability. They end up forgetting it’s the people working to help them get there they should be focusing on.

Here are the key takeaways from Simon Sinek’s talk; Most Leaders Don’t Even Know The Game They’re In, from Live2Lead on how to change leadership roles:

Qualities of a Great Leader

These are two things often forgotten as people seem to focus first on being in charge. Instead of their real job which is being an effective leader to the group of people they’re in charge of.

Unfortunately, most leaders were promoted because they were great at their job, not based on their leadership skills. To further complicate things they are often not even taught how to lead.

That’s why we have so many managers and so few leaders. They micromanage their team because they think they are better trained to do their old job because that is why they got promoted.

In reality, they need to think about their previous job differently. Just because they might be able to do it better, it doesn’t mean they should neglect the people trying to do it now.

Saying you can do it better doesn’t change the fact that the job isn’t getting done correctly.

Great managers have to make the transition from doing the job to leading the team who does the job. This means they have to take on all the responsibility and consequences positive or negative for their entire team.

Saying you could have done it better will get you and your team nowhere. Leadership skills are just like any other skill, you have to learn and practice it to become good at it.

This is where empathy and perspective come into play. Instead of yelling or blaming employees for mistakes, a good manager will step up and lead the team to the desired goal.

The Millenial Problem and Leadership 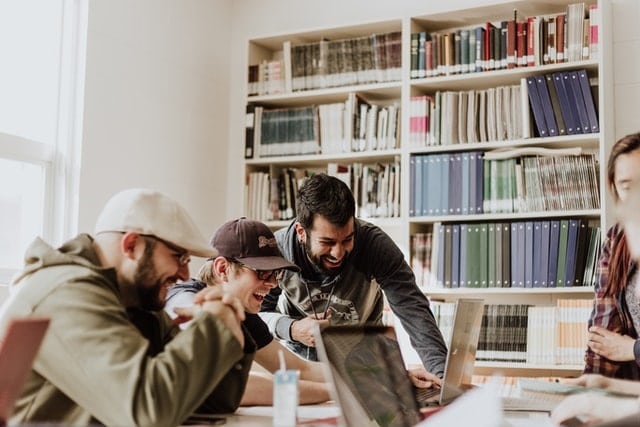 With millennials entering the workforce, business owners and executives have been baffled on how to deal with workers they feel are entitled and impatient.

However, if you peel back their layers, you find that there is much bigger issue leaders need to address when interacting with millennials. What is viewed as an impatient nature is really often just low self-esteem and insecurities.

A lot of this generation grew up under a failed parenting strategy. They were taught they were special by overbearing parents and coaches that handed out participation awards to make everyone feel like they were a winner.

When all it really accomplished was to make kids feel worse about not winning and not giving them any coping strategies to deal with loss and disappointment.

Social media and technology only make the situation worse because they create a false sense of reality. Cell phones and most apps even release dopamine which gives you a feeling of accomplishment.

This explains why people have become so attached to their phones. They can’t seem to ever put them down even when they are engaged in a conversation.

Technology can get in the way of forming deep, meaningful relationships and lead to depression. As a leader, it is important to set the example, by putting your phone or computer away to take the time to really listen to what your team has to say.

Maybe if there is an entire generation struggling, it’s not them but how you respond to them? Maybe it’s how they were brought up and how most companies are not equipped to handle the employee-focused atmosphere they crave and need to thrive.

Why Corporate Environments Need to Change

Corporate environments are set up to maximize shareholder value and profits. This often comes before their employee’s goals and aspirations.

It’s sad, but most managers do not care about their staff as human beings. They just view them as replaceable units when they don’t meet their yearly quotas and they put performance management before taking into account they are real people.

How do you expect your team to perform to their fullest potential when they are in constant fear of being laid off when they don’t meet an arbitrary goal?

A great leader realizes their team needs to feel safe in order to be vulnerable and admit they need help. Great communication skills are at the heart of this, clear communication motivates people and helps them feel secure.

It all comes back to perspective and empathy. Top companies understand they are competing against themselves not their competitors.

If you treat your employees well, they will produce great work which will help your company succeed.

Instead of treating your team based solely on their output which makes them feel insignificant. Instead, focus on how to help them thrive at your company.

Ask them what they need to succeed and take the time to listen to their problems and concerns so you can all grow together as a team.

Fill out my online form.