How Brands Are Rewarding Customers For Getting The Vaccine

Top brands are rewarding customers for getting the vaccine with special deals, gift-cards, rewards programs and services.

For most young children, the doctor’s office is the pinnacle of fear. Annual shots can often trigger tears! That is why most nurses are prepared with everything from a Scooby-Doo band-aid to a red Tootsie Pop. A fun treat or dessert can turn an entire experience around!

Krispy Kreme became the front runner after announcing a new campaign.  Fully vaccinated patrons can get one free doughnut per day. All they have to do is show proof of vaccination, such as their vaccination card. It may seem ironic to some to reward healthy habits with calorie-heavy fried dough. However, the brand hopes to do its part in getting the world back to normal.

Greenhouse of Walled Lake, a marijuana dispensary based in Michigan, had a similar idea, creating a “Pots for Shots” promotion, offering their own products and services as a reward! With proof of vaccination, customers will receive a free Ubaked pre-rolled joint through April 30.

Their website states, “If you choose to get the Covid vaccine (we always support the freedom of choice), this is our way of saying ‘thank you for helping to end this pandemic and getting us back to normal.”

Statistics have not been released on how many people get the vaccine due to the alluring vaccine rewards. But, it is a fair assumption it is certainly a powerful way to encourage vaccine distribution. 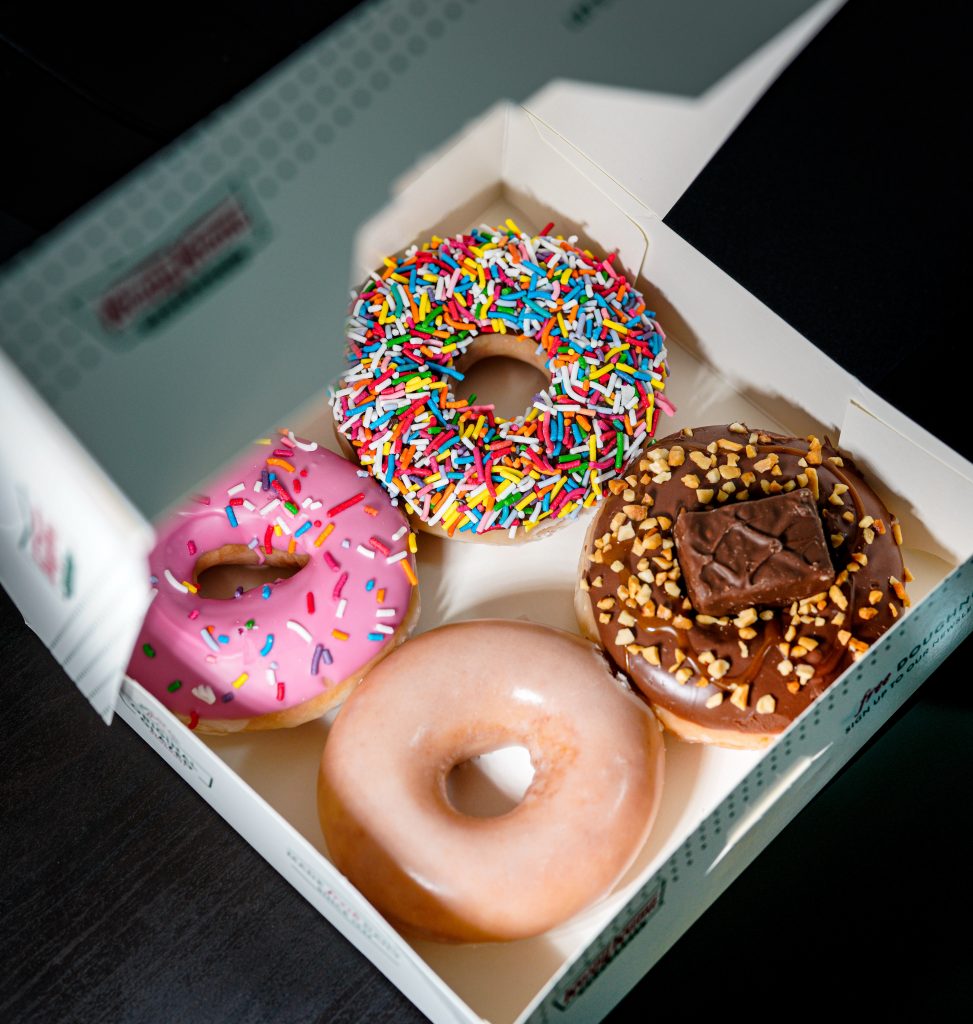 Help is on the way

Free donuts and marijuana are a fun perk to becoming vaccinated. Ride-sharing apps such of Uber and Lyft realized the customer potential with offering rewards. Both have kicked off COVID-19 campaigns, offering free and discounted rides for low-income individuals to get their vaccine.

Many lower-income neighborhoods have a harder time getting to vaccination sites. These companies want to ensure that transportation does not stand in the way of accessing necessary healthcare.

Uber’s program will work hand-in-hand with Walgreens to offering free rides to vaccination. These free rides will service underserved communities in cities like Chicago, Atlanta, Houston, and El Paso, Texas. While the program will begin in these four cities, Uber hopes to expand across the nation.

The COVID-19 pandemic has impacted billions of people across the globe, taking over 572,000 lives in the U.S. alone, according to the Center for Disease Control and Prevention. Between the deaths, economic impacts, and job losses, the world is hoping for an end to this year-long pandemic. The CDC and public health officials believe the sooner the majority of Americans receive the vaccine, the better.

Although medical companies like Moderna and Pfizer have successfully conducted clinical trials and released vaccines, some are skeptical. As of April 30, there are over 240 million vaccinated Americans with solid success, as the majority have not had any serious symptoms.

However, recent market data conducted by NPR/Marist found that 1 in 4 Americans plan to refuse the COVID-19 vaccine. Many have reported feeling nervous and fearful of the unknown long-term effects despite research showing the vaccines are safe and effective.

Scientists have already seen these numbers decrease as more people become educated on the shot’s potential, but the initial skepticism has triggered a pro-vaccine marketing movement.

Brands are rewarding customers for getting the vaccine

Vaccinations are not the first time brands have used their influence to enact positive change around the world. During the 2020 election between Donald Trump and Joe Biden, countless companies created merchandise and incentives to entice people to vote.

Most companies did not go so far as to publicly endorse a presidential candidate but instead encouraged customers to simply register to vote.

Countless brands joined the movement, including Reddit, Patagonia, HBO, and Under Armour. Even the biggest names stepped into space, such as Nike, releasing their “You Can’t Stop Our Voice” campaign, which included a one-minute commercial promoting the power of having a vote.

While many would agree they were doing the right thing by openly supporting a political candidate, others argued about the dangers of companies using their platforms to push their own political agenda. Facebook recently dealt with this backlash and as a result, banned political ads for several months last year.

Where do we draw the line between rewarding good behavior and forcing propaganda onto consumers to achieve a specific agenda? 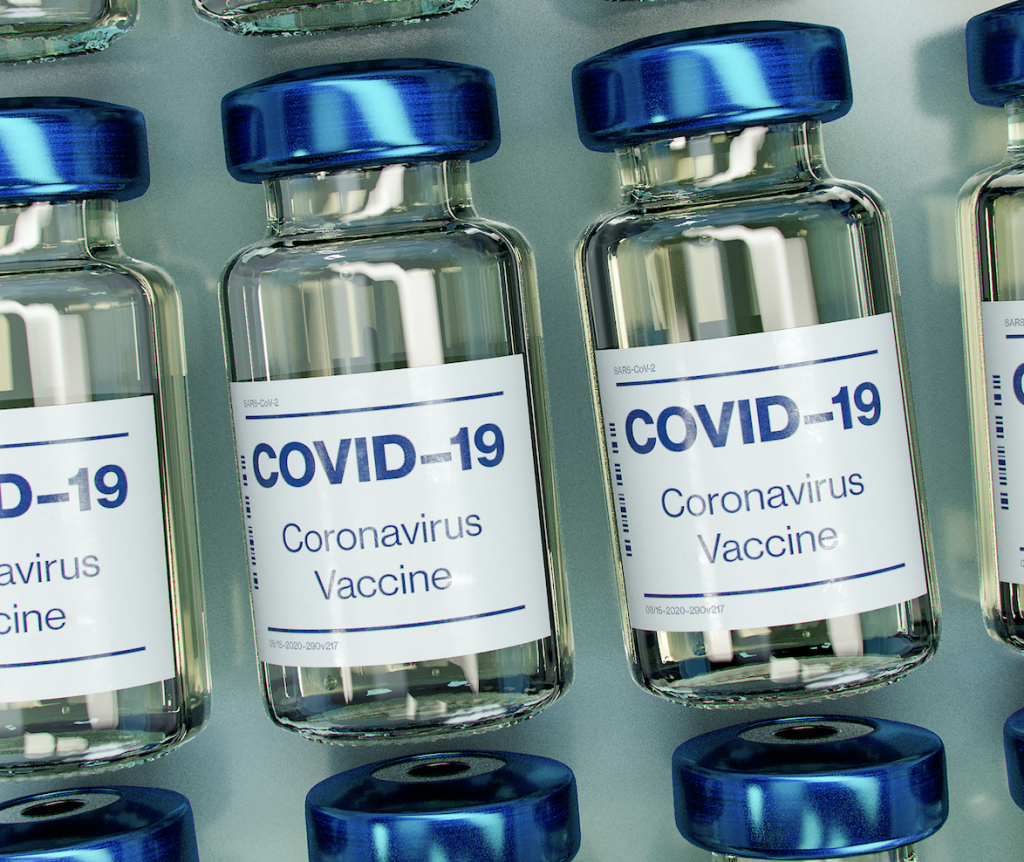 Popular people and brands have the power to influence decision-making, especially if well-liked by the public. This power can be easily wielded for the greater good, or, for evil.

With such intense influence over consumers, brands are often put in a tough position between promoting powerful information or staying unbiased. Even the most subtle campaigns can truly impact the way people feel about a variety of issues and topics.

So, this leads to an important question – how do people feel about vaccine incentives? Should brands be rewarding customers for getting the vaccine or not?

A recent Harris Poll survey found that 42% of people would think higher of a company if they had post-vaccine information. Similarly, 60% said they are more likely to buy from a brand that shares positive encouragement regarding the COVID-19 vaccine.

While some anti-vaxxers feel it is not the place for marketers to step into healthcare, others feel it is a moral obligation to help the world emerge from a global crisis. This debate will likely be a hot topic for years to come.