After realizing we all survived Y2K, the 2010s hosted many societal changes like the rise of social media, two royal weddings, and the Game of Thrones phenomenon. We started the decade with the release of Instagram and Snapchat, which have become essential aspects of daily life and career building.

Just ten years ago, these platforms did not exist.  Now companies hire teams of experts, spending millions of dollars, to craft their social media presence.

Before dog filters and viral memes, the marketing industry-focused their budgets on TV commercials, newspaper ads, and radio sponsors.

It is no secret that newspapers and magazines have been replaced with YouTube and Instagram, and advertisements follow the masses. Through the decade, the dramatic rise in social media site usage has altered the advertising industry’s role in society. 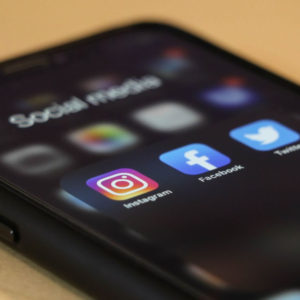 In 2010, Morgan Stanley executive Mary Meeker gave a presentation on digital advertising opportunities. Meeker pointed out that companies spend 39% of their advertising budgets on television, while only 13% goes to internet advertisement.  She estimated that it was a missed opportunity evaluated at $50 billion.

In later years, a PwC report evaluated the 2017 U.S. advertising market size as $86.4 billion online, while TV came in lower at around $71 billion.

It seems that the marketing industry took Meeker’s advice, and learned from their past mistakes. The past decade has tipped the scale in favor of the internet, increasing the opportunity for digital marketing.

Multimedia messaging app Snapchat has made just over $1 billion in revenue since its 2011 release. Advertising accounts for a whopping 99% of the 2018 revenue evaluation after introducing the ‘Discover’ feature, where users can view content from a variety of other media sources.

The app has also introduced sponsored filters such as Taco Bell’s Super Bowl filter which was viewed 224 million times. As more effort was focused on targeted ad placement for its younger audience, Snapchat’s U.S. ad revenue increased by 89% between 2016 and 2017.

The rise of the internet and digital marketing has also come at a price, as user privacy is under suspicion. Voice-activated assistants like Alexa or Siri listen for their programmed commands and record everything in earshot along the way.

Within the last decade, privacy concerns have evolved from a debatable skepticism to a confirmed fear. Google confirmed that it’s Google Assistant does record user interactions for employees to review.

Google claimed only 0.2% of all audio snippets fall under review.  The fact that Google employees are listening to any private conversations is a problem in itself.

In the past few years, Facebook has become the antagonist in this internet privacy story.  After all, they were accused of selling user’s personal data to advertisers. While the technological powerhouse has denied selling data, they have in fact sold advertisers access to their users.

Facebook may not collect all personal data to ship to the highest bidder, they do, however, sell access for companies to advertise.

Advancing into the digital age, consumers are now smarter than marketing professionals would like to admit. In 2010, the world had 1.99 billion internet users, a number that jumped to 4.54 billion users in just ten years.  Internet users now make up 59% of the global population. With so much access to the internet, it is easy to find any brand or product.  This has built the necessity for companies to be more transparent than ever.

In the past, if a television commercial claimed their product was organic or ethically made, the consumer had no reason not to believe it- but widespread internet accessibility challenges claim. 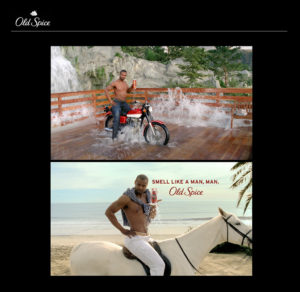 Rather than sell consumers with a fictional story like campaigns of the past, modern marketing revolves around the testimonies of trusted social media personalities.  Old Spice’s popular 2010 commercial “The Man Your Man Could Smell Like” featured a satirical story, claiming Old Spice deodorant could make a man the ideal romantic partner. Now, up and coming hair-care brand Function of Beauty markets their product solely through social media influencers hired to post candid videos sharing their honest endorsement.

With transparency so accessible, honest endorsements are a great brand strategy.

What will the future hold?

As internet usage increased, digital platforms have spoken.  They have chosen the path of advertisement-based media. This choice continues to define the way users consume digital media throughout the decade.

After the past few years of weaving through a maze of pop-up ads just to read an article, I think I speak for everyone when I say monetizing digital consumption is getting old. Many users have taken to ad blocking sites, paying to remove advertisements from internet searches and social media feeds.

According to a PageFair report, 615 million devices were using ad blocking technology in 2017. These numbers are projected to only increase as more and more frustrated users would rather break the bank than watch another Candy Crush commercial.

While this may be a temporary solution, changing the advertisement-heavy online culture should start with the companies. If platforms can meet frustrated consumers halfway, both can establish a middle ground where companies profit and users are not bombarded with over-advertisement. Check out our blog on Making Money with Social Media to learn more about monetizing social media.

As the decade comes to a close, the door to online marketing has swung open. With growing accessibility and usage, online platforms are replacing traditional entertainment media and taking the advertisement industry along for the ride.

Fill out my online form.