How to Respond During the #Blacklivesmatter Movement

Wondering how you should best respond during this #blacklivesmatter movement affecting the whole country right now?

Social justice has never been a top priority of global brands or marketing teams. Largely due to many avoiding these topics in fear of controversy.

However, the death of George Floyd, a black man unnecessarily killed by a white Minneapolis police officer, has changed the game.

Not only are many brands speaking on this issue for the first time ever. But some are even facing backlash for their silence on the matter.

The current political climate has halted the release of many products. With the country in turmoil, some companies are speaking out. Expressing that they do not feel it is the right time for celebration.

Among these is Sony, who has postponed the release of their new gaming console the PlayStation 5.

Although the Black Lives Matter movement is much bigger than marketing. The nation-wide protests and overall social unrest has put brands in an interesting position.

What is appropriate? Should I do more than post on social media? Do I have to postpone my product’s release?

After Facebook allowed some of President Trump’s posts – one in particular regarding violence against protestors – to not be reviewed, around 400 employees took a stand and refused to work on June 1st.

Some employees took to Twitter to share their frustrations. They’re claiming Facebook should change policies in order to evaluate all of Trump’s posts, especially ones regarding violence.

CEO Mark Zuckerburg has not publicly spoken on this decision. As of now, he continues to face backlash on social media from both employees and users.

Nine former and current Facebook content moderators posted last week expressing their support for the protests. They’re claiming they would have joined the walkout “if Facebook would allow it”.

This statement referred to a complicated web of non-disclosure agreements, making their presence in the walkout impossible without risking their jobs.

These are the words from Nike’s latest ad campaign. They’ve flipped their famous tagline “Just do it”, in support of the Black Lives Matter movement.

Just five days after Floyd’s death, Nike released the 60-second video over all of their platforms. Sharing messages like “Don’t pretend there’s not a problem in America”.

This is pretty on-brand for Nike. Plus, given they are one of the world’s most well-known brands, their actions push smaller brands to follow suit.

The company has a long history of using their platform to promote injustices. Most notably supporting former NFL player Colin Kaepernick in 2018 after he was fired for kneeling during the national anthem to raise awareness against police brutality.

Many companies have publicly shown their support for the #blacklivesmatter movement by posting receipts showing sizable donations.

Although it may sound cheesy for a company to show their generosity publicly, it’s a way they can show their customers – and the country – that they’re not all talk.

For example, Comcast Cable has committed $100 million toward the fight for equality, partnering with social justice businesses to create change.

These funds will be spent on educating employees on anti-racism, creating a diverse workplace, and specifically assisting small black-owned businesses.

Entertainment brand ViacomCBS showed their support for the Black Lives Matter movement by pausing all their brands and platforms would be taking an 8 minute and 46 second moment of silence.

The exact amount of time George Floyd was held under the police officer’s knee before death.

For 20 years, June has been celebrated as LGBT Pride Month in support of the LGBTQ+ community and their societal acceptance.

However, Black Lives Matter protests have dominated news cycles and streets, causing many brands to alter their Pride Month campaigns.

Verizon has postponed their planned Pride campaign. They have also donated $10 million to multiple social justice organizations in support of #BlackLivesMatter.

Similarly, PepsiCo, Jack Daniel’s, and Truly have also pushed back their Pride campaigns so as not to distract from the current human rights movement.

LA Pride shared a post on Instagram explaining the annual June 14th Pride Parade will now become the All Black Lives Matter march. This will be a “solidarity protest” with “no corporate participation”.

Reebok Crosses Crossfit off Their Partnership 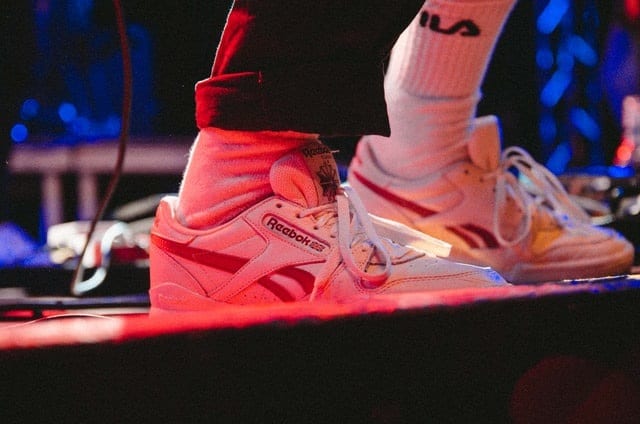 After tweeting racist remarks in response to George Floyd’s death, CrossFit gym owner and CEO Greg Glassman has come under fire by the public. This has resulted in his resignation and Reebok’s discontinuation of their sponsorship.

The offending Tweets happened when the Institute for Health Metrics and Evaluation tweeted “Racism is a public health issue” in support of #BlackLivesMatter. To which Glassman responded “It’s FLOYD-19” along with another frustrated remark regarding a solution to racism.

Gym owner Mike Young also claims that on a Zoom call with the CEO, Glassman stated he does not mourn George Floyd’s death. Young shared the details of the call and his response in an article titled “Why I’m dumping CrossFit”, which has been shared throughout social media as former customers swear off the company.

One day after his tweet, Glassman apologized on CrossFit’s Twitter account, but it was too late. After losing around 1,000 sponsorships and countless customers, Glassman announced his retirement just three days later.

After 10 years of sponsoring CrossFit’s apparel line and large competition events like The CrossFit Games, Reebok has terminated its sponsorship agreement. While it is unclear how much money this will cost them, the company’s $4 billion evaluation is sure to suffer.

What Action Is Appropriate for Your Business Regarding #blacklivesmatter?

In the era of Cancel Culture, many companies are scared to speak out on anything controversial.

Watching prominent figures like Colin Kaepernick, or even Greg Glassman lose their jobs over their beliefs can act as a cautionary tale. Some businesses are scared to speak out, and some feel like they can’t win either way.

We live in a world where sharing your opinions can cost you. Especially if they don’t fit with public opinion at the time.

Let your clients know they can be proud to support a company that stands for justice.

Be on the right side of history. #BlackLivesMatter.