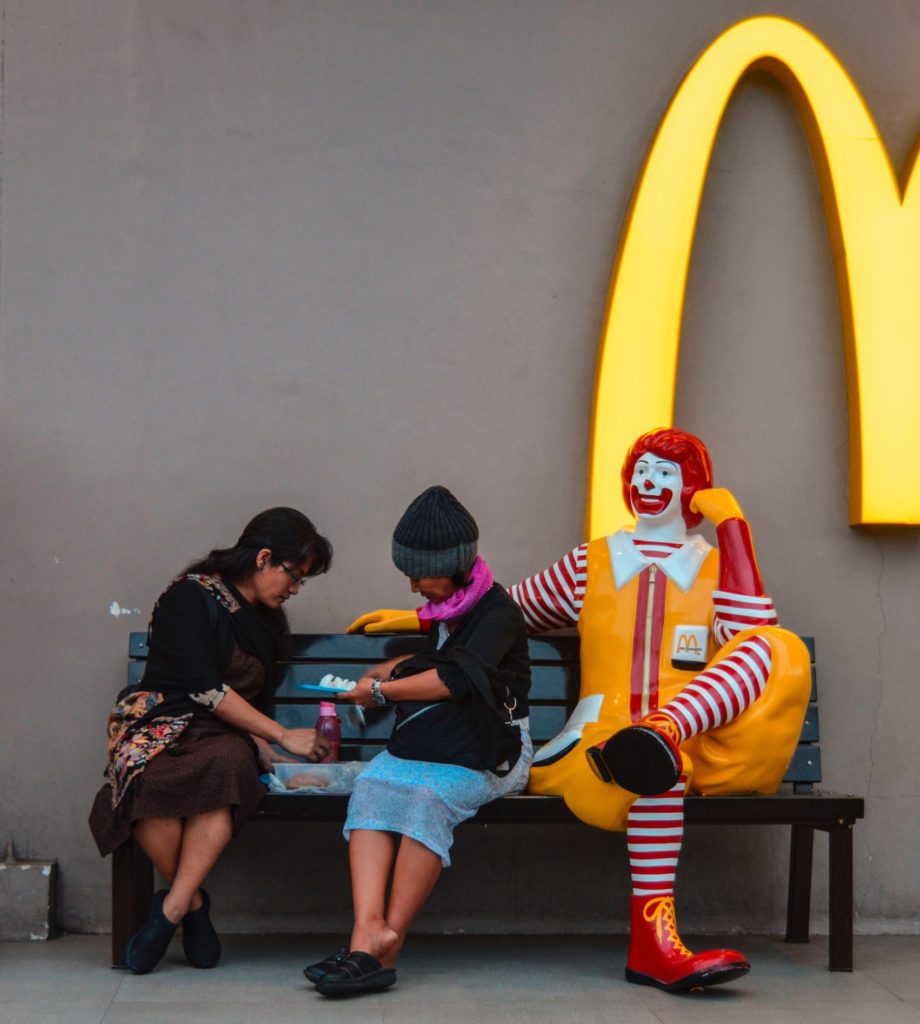 On October 8th, McDonald’s Corp. released their third-quarter statistics, showing a sales growth of 4.6% in the United States. Since the quarter took place during the COVID-19 pandemic, a substantial increase for a fast-food chain is almost unheard of.

The increase came at a crucial time for the brand, as their second quarter revealed an 8.7% decline after the pandemic took businesses by storm. McDonald’s also saw an international 2.2% decrease over their third quarter, as so many of their locations were forced to close.

Fortunately, Travis Scott saved the day with his exclusive McDonald’s Cactus Jack meal. Over its one month campaign, the meal became so popular that some locations ran out of ingredients. Others faced young fans stealing promotional posters to sell online, some of which are going for as much as $1,000 on eBay. Many fans have shared their buying experiences on social media platforms like TikTok and Instagram, making the meal’s purchase a popular trend among the other menu items.

Travis Scott is not the only artist in McDonald’s Rolodex, as the franchise releases another collaboration with Colombian singer J. Balvin. From October 5th to November 1st, customers can purchase the J. Balvin meal- which includes a Big Mac, fries with ketchup, and an Oreo McFlurry.

The 35-year-old reggaeton artist has sold over 35 million records internationally and recently released his 2020 album, Colores. His fast-food collaboration will surely work in his favor and promote his brand just after an album release.

On social media, some spectators have shared their assumptions about McDonald’s recent collaborations, claiming both Balvin and Scott’s campaigns were released to counteract racial discrimination lawsuits. According to Fox News, the fast-food chain did face two lawsuits earlier this year regarding racial discrimination; however, the chain denied its relevance to the collaborations.

Not the first time

This is not the Golden Arches’ first time at the celebrity marketing rodeo. In March of 2015, the global fast-food chain teamed up with multiple stars for their 24-hour campaign, ‘imLovinIt24’. Over 24 hours in 24 cities, the brand debuted special surprise events for customers, including secret concerts from artists Jessie J and Ne-Yo.

That same day, Ne-Yo released a song titled “Every Day With Love,” written by a compilation of lyrics submitted by McDonald’s customers. Talk about a symbiotic relationship.

For Jessie J’s charity cameo, McDonald’s U.K. customers entered a competition to win a seat at her concert. The winners were put on one of London’s iconic red buses and told they would be shuttled to the concert. To their surprise, Jessie J appeared alongside them, singing her greatest hits as they drove around the city. As a result, the intimate concert gained traction on social media and gave McDonald’s even more promotion.

McDonald’s is not the first restaurant to make use of celebrity contacts. Recently, Dunkin’ Donuts released “The Charli,” a drink inspired by TikTok superstar Charli D’amelio. With over 93 million followers, the 16-year-old is the most followed person on the platform. Although she is known for her dance videos,  she’s also shared her love for her favorite eatery — Dunkin’ Donuts. She often posts videos drinking her own concoction, a Dunkin’ cold brew with three caramel swirl pumps. Which has caused a mass of fans to order her favorite drink.

With so many customers demanding it, Dunkin’ embraced the trend, partnering with the social media star. Dunkin’ has since added her drink to their permanent menu. “The Charli” is available at all stores and ordering ahead online will even give customers extra DD Perks on their account.

Dunkin’ clearly hit the jackpot with this one but it’s not just the luck of having a young celebrity openly appreciate their products. It’s what they did with it. The franchise took advantage of the opportunity and seized the day. Rather than benefit off of her occasional free promotion, the brand took it a step further by creating a lasting professional partnership that will boost sales.

McDonald’s and Dunkin’ didn’t get to the top alone — and neither do any top brands. It takes a great marketing team, tactful strategy, and top tier connections. When teaming up with stars who have already accumulated a faithful following, companies are almost guaranteed a boost in sales.