If you haven’t scrolled mindlessly through it yourself, you’ve almost certainly witnessed your children, nieces, or nephews stare at their screens, giggling and dancing to videos on the newest millennial obsession —TikTok.

As one of the world’s most downloaded apps, the short-form video-sharing platform is now the subject of both a government investigation and a $30 billion acquisition.

How did it get here?

It’s both a long and a short story. The real buzz right now, however, is that the White House has raised suspicions of its users’ security. Suspicions so serious that President Trump has threatened a national ban if the app is not purchased by an American company.

TikTok’s Chinese parent company, ByteDance Ltd., has been under recent investigation for harvesting user data. While nothing has been confirmed, the U.S. government is viewing ByteDance as a potential security threat.

This is not ByteDance’s first rodeo. After purchasing popular video app Musical.ly in 2017, the company merged the existing users and content to effectively create what we know today as TikTok.

As COVID-19 stay-at-home orders increased, the app spiked in popularity. Garnering over 130 million US downloads just within the first few months of 2020.

Although nothing has been finalized, President Donald Trump has discussed his distrust of the app multiple times in the past. Especially as political tensions rise between the US and China.

On July 31st, President Trump went as far as to tell the press “As far as TikTok is concerned, we’re banning them from the United States”.

This public scrutiny has pressured many large tech corporations into the dealmaking process. It’s clear the White House hopes the app will be bought by an American company.

With a $50 billion evaluation, buyers were always going to be in short supply. However, Mr. Gates has come to save the day.

Why Is It Looking Likely Microsoft Will Acquire Tiktok? 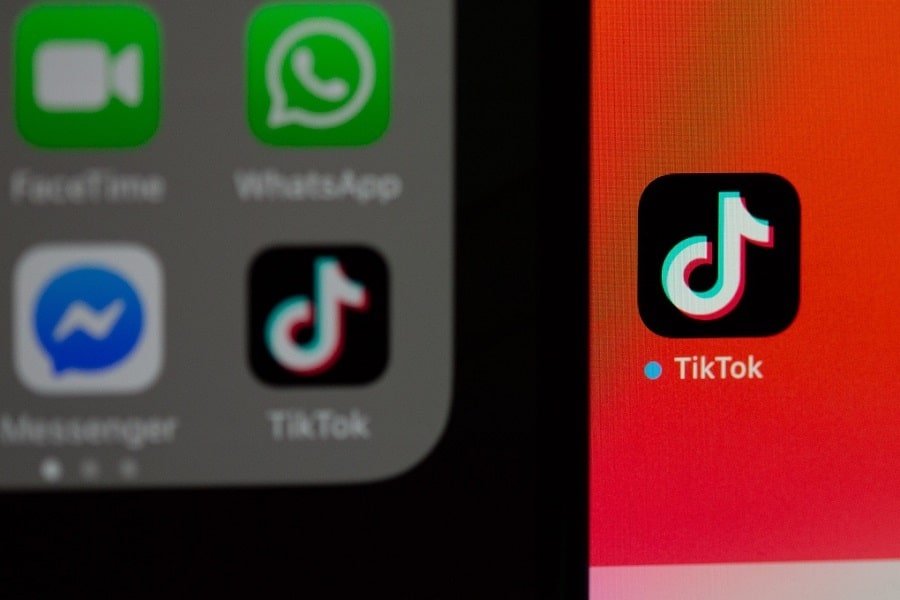 As one of the world’s most downloaded apps, it seems TikTok’s US purchase should have a few more of the big names in the running contenders. Apple, Facebook, Google, and Amazon are all on the same playing field, so why does Microsoft have the upper hand to acquire TikTok?

All four of these other major tech companies are under investigation for breaching user security. The very reason President Trump hopes to move TikTok’s control into American hands.

After a conversation between President Donald Trump and Microsoft CEO Satya Nadella, the technology powerhouse confirmed dealmaking has begun with ByteDance.

After the rumors were confirmed, Microsoft saw a large increase in market cap. Confirming the deal’s positive impact on their business.

If the deal goes through, not only would Microsoft gain control of American TikTok, but also Australia, New Zealand, and Canada.

Turning Over a New Leaf

As one of the top companies in the world, Microsoft is no stranger to success. However, in the past decade, the corporation has shifted focus to its corporate cloud intelligence.

They’ve been focusing on products like Bing, Mixer, and their Windows phones. Although these products have not taken them to the heights they’ve previously reached.

Besides multiple Xbox releases and a $26 million acquisition of LinkedIn in 2016, Microsoft has stayed away from consumer-based products in recent years.

While Apple and Amazon stay consistently at the forefront, purchasing the world’s most popular social media platform could leapfrog Microsoft to the top.

The company plans to finalize the TikTok deal before September. Well before President Trump’s September 15th deadline to either ban or acquire American TikTok.

Microsoft has also discussed transferring all of TikTok’s Chinese code to the U.S., which would take up to 15 million lines of artificial intelligence. Although this will be a hefty task, Microsoft believes it can complete the transfer within the year.

Will the White House Get a Cut?

The pressure for TikTok’s purchase came directly from the White House. This, as a result of the U.S. government becoming increasingly worried about ByteDance’s access to American data.

After threatening a national ban on the platform, Microsoft began deal-making with both ByteDance and the government as a solution to keep the app in use.

Clearly, President Trump should get credit for facilitating the deal’s beginning. But does this mean the U.S. government should get a percentage of the acquisition?

On Monday, President Trump told the press “Whether it’s Microsoft or somebody else, or it was the Chinese, what the price is, the United States should get a very large percentage of that price because we’re making it possible”.

He then compared the U.S. government to a housing lease. With TikTok as the landlord, and Microsoft as the tenant. While some onlookers view this comment as extortion, others believe it may be fair.

Whether the government will— or even can— get a cut, adds yet another layer to this multi-billion dollar acquisition. It’s going to be an interesting few months as this deal unfolds and we find out if Microsoft does acquire TikTok.